We have 10 teams competing for the honor of winning the DGCL 2022 Trophy.

Deccan Gymkhana was honored by Ravetkar Housing Group as the Title Sponsor of DGCL 2022 with Kotak Mahindra Bank and Puneet Balan Group as Associate Sponsors and Li Hospitality as Hospitality Partner.

Special thanks also to our member Dr.Anantbhushan Ranade s/o late Shri Anil G Ranade in whose memory the tournament has been named since its inception.

Mr. Vikram Gokhale, marathi actor & Sponsorers attended the final match, and were felicitated by the Committee.

The championship was won by AQUA RIDERS Team against SNOW LEOPARDS and celebrated the victory:-

Glimpses of the event are as follows:- 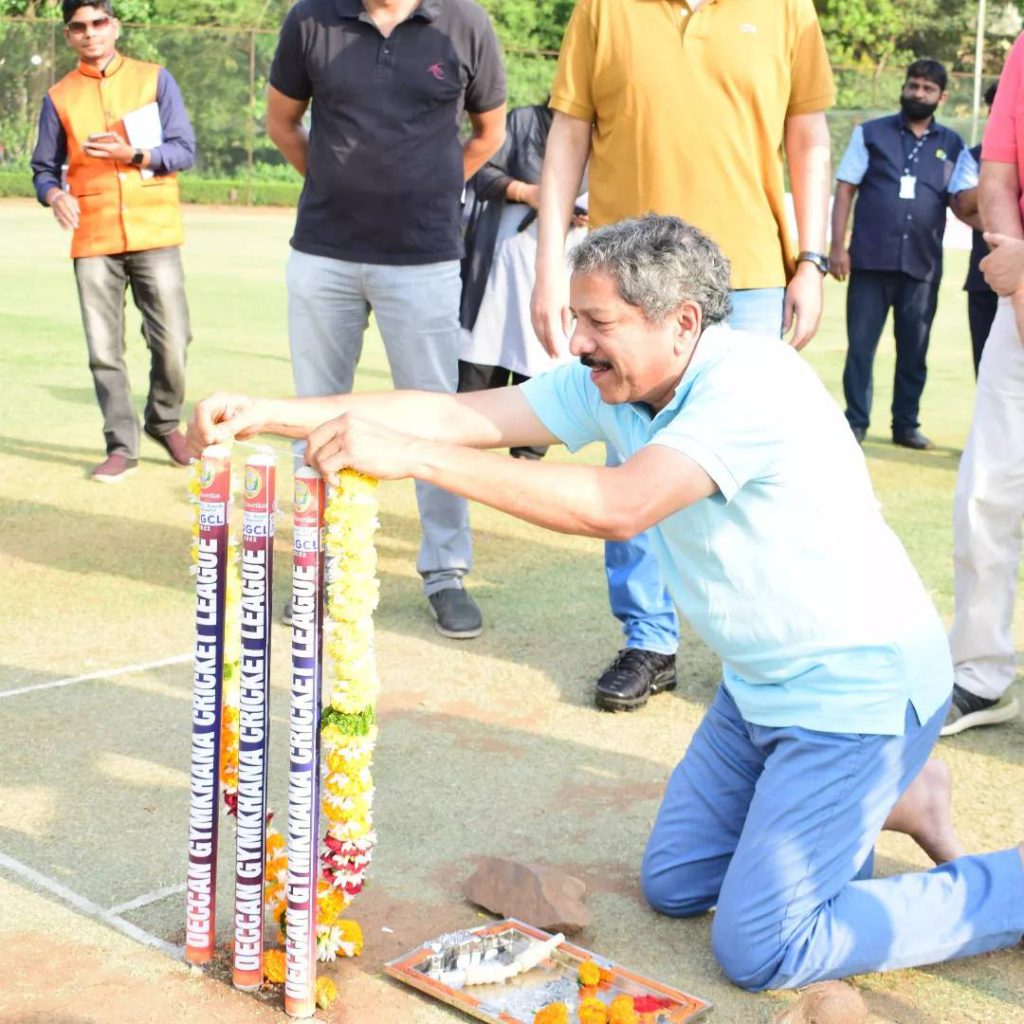 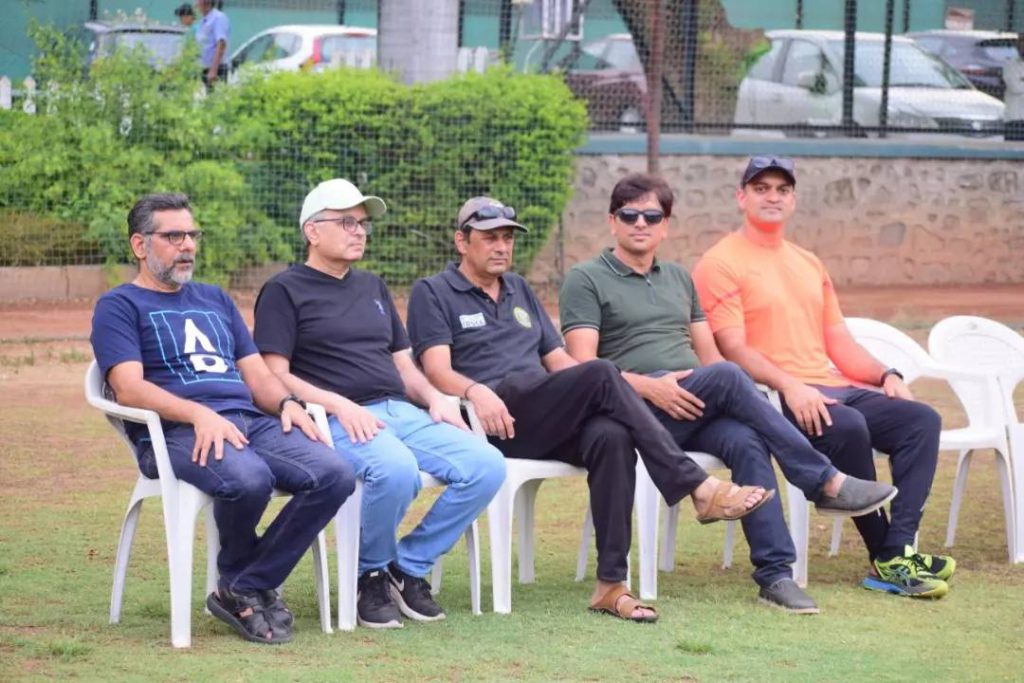 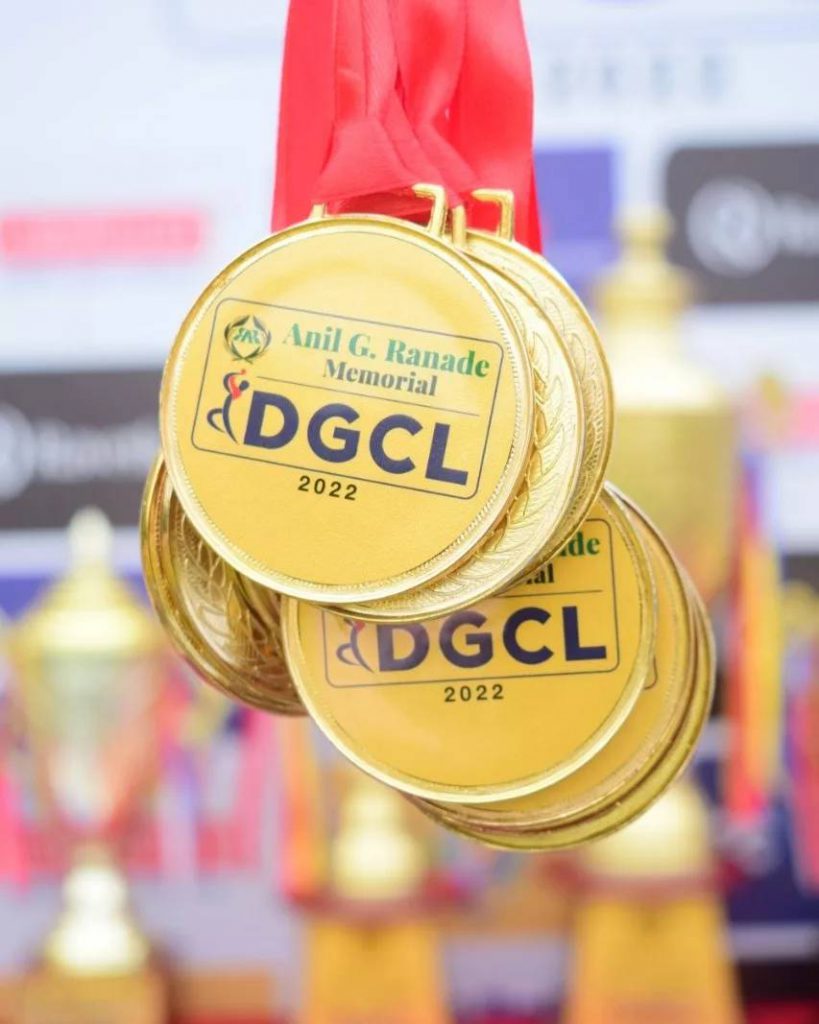 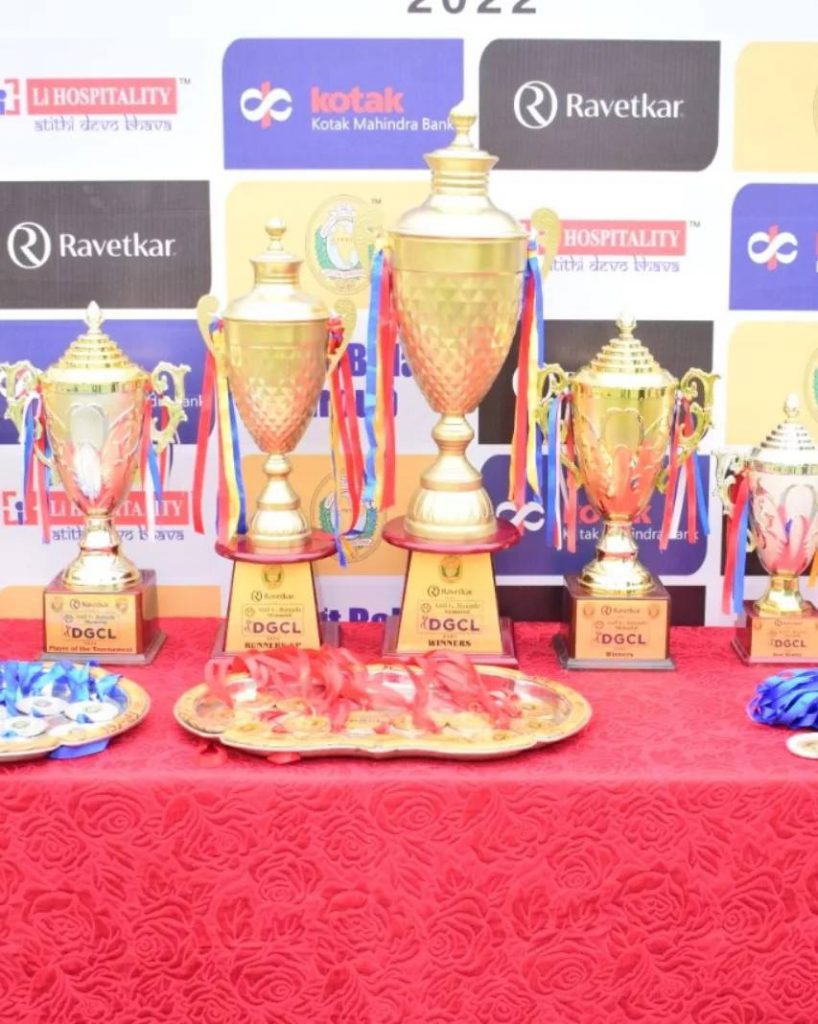 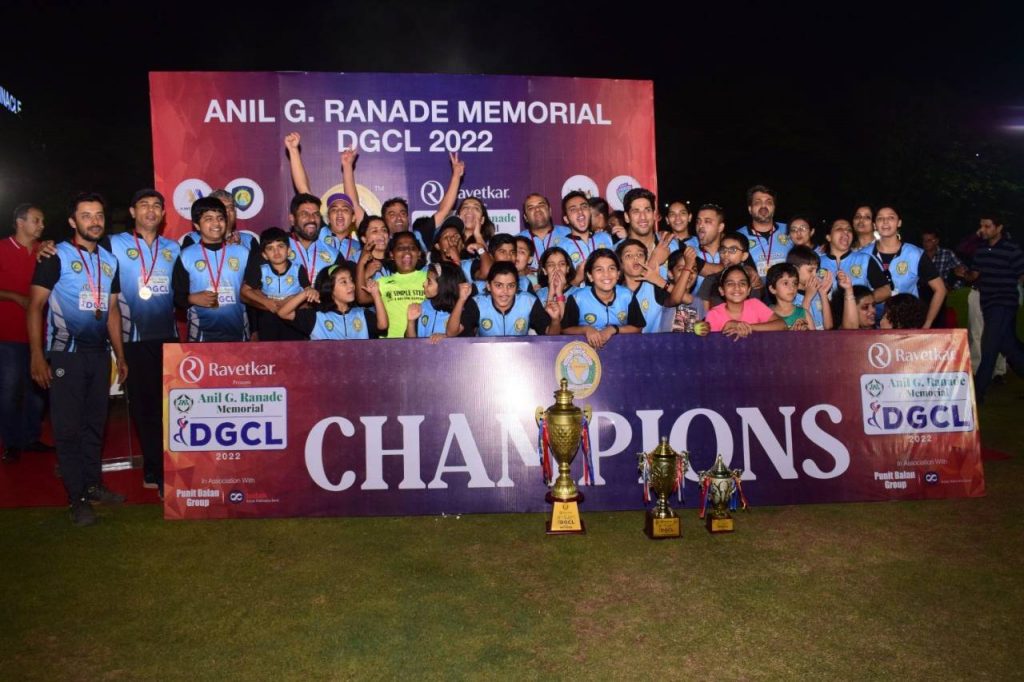 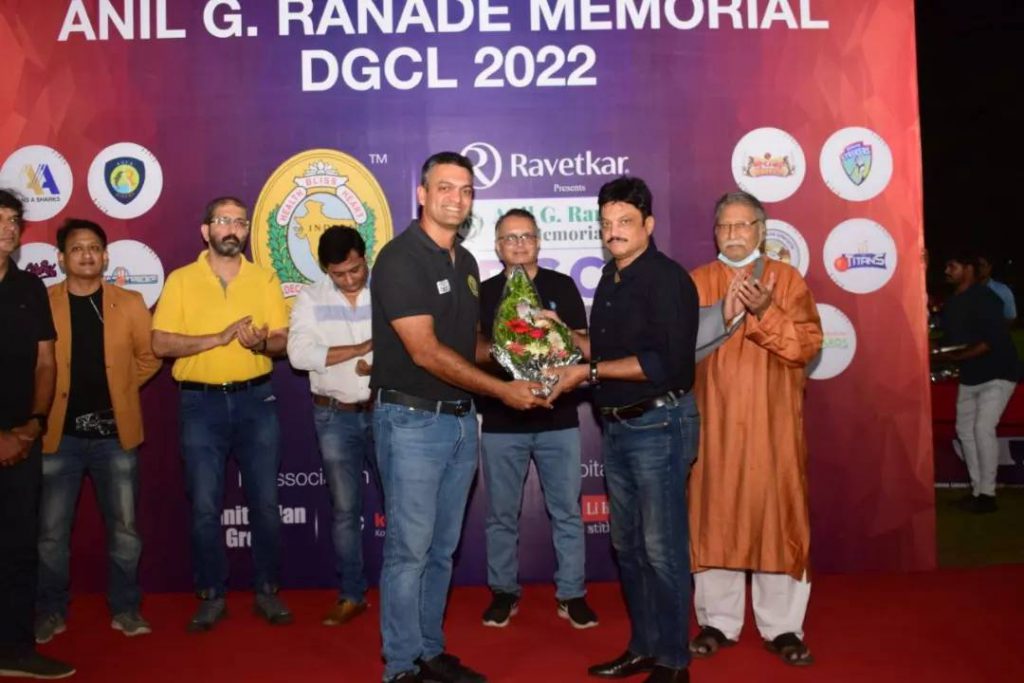 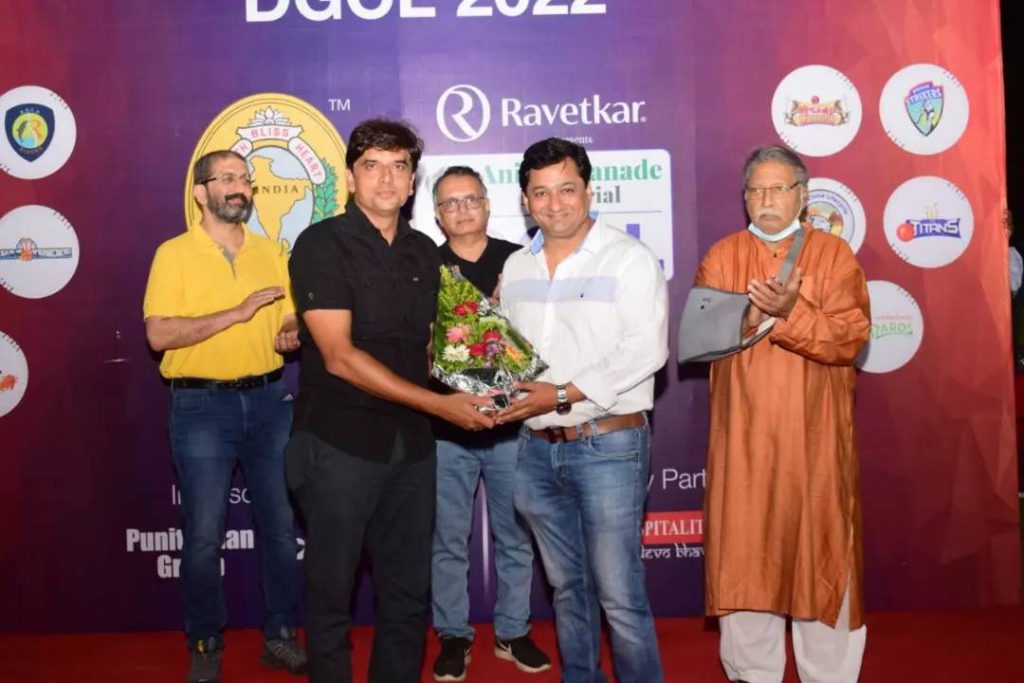